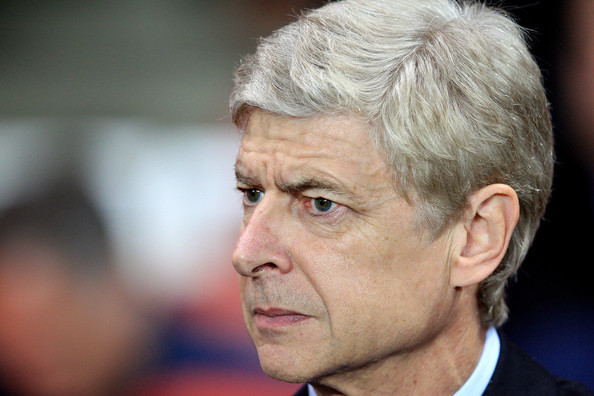 The manner of Sunday’s defeat against Swansea City in a Premier League match at the Liberty Stadium once again raised questions about Arsene Wenger’s managerial ability at the top level.

The regularity at which teams managed by the Frenchman capitulates provides reason to believe that he no longer has the Midas touch to fix the glaring weaknesses of the team.

The defeat to Swansea was the fourth time in the league this season that Arsenal has surrendered a lead.

And the capitulation came just five days after Arsenal threw away a three goal lead to a second rate Anderlecht side that was without several of it first team players.

Arsenal threw away leads against Leicester City, Manchester City, Hull City and now Swansea City this season, and according to statistics, they hold the record as the club that has lost more points from winning positions this season.

The current defensive woes being faced by the club stem from Arsene Wenger’s negligent refusal to strengthen the defence and defensive midfield.

Arsene Wenger has remained stuck in the dark ages when things around has changed, the defensive ills of the club has been evident for years, and the Frenchman has over the years delight in pursuing his personal project by taking a gamble of always leaving the club short of at least one player going into a new season.

It was evident that the Frenchman was taking a huge gamble by going into this season with just two senior central defenders, and a rookie 19 year old signed from Southampton.

The Frenchman again lacks the ability to be proactive in matches, for all his years as a manager in the top flight, he is completely out of touch with reality, he cannot alter the cause of a game when his team are under pressure, and when changes are needed he does nothing, ala Manchester City, Anderlecht and Swansea City.,

For all Arsenal’s attacking players, and all the excitement built up in the summer it has been down hill because of a lack of spine in midfield and in defence.

The buck stops with the manager, and so far he has continued to be found wanting, while the misdeed of the summer has been well rehearsed, is inability to manage his squad properly by using the full complement of the depth available has made for some leggy players in the last few matches.

Arsene Wenger loathes rotation, and for the modern game it is suicidal for a team’s long term interest.

It means other players lacks motivation when called upon to play.

While would the players continue to make the same mistakes?

Why does Arsenal lack shape and defensive organization when they come under the slightest pressure from the opposition, these are things that have ached the club for years, and the only person blind to it is Arsene Wenger, who should be the person to properly manage it.

In the years of austerity, the club had a brand of football that excites fans, yet the exciting possession football has disappeared, the team struggles is reflected in the boredom it inflicts on it fans.

It longer plays beautiful football, it all one paced possession football that is stale and leads to nowhere.

The ills of Arsenal run beyond team management, and defensive organization, the team just doesn’t know how to score from a corner. The deliveries are all hopeful punts into the areas without technique to it.

The talk before was that the club did not have the funds to buy players, now the funds are available, players have been bought even though not all areas have been strengthened, and yet the problems that have ached the team since it moved to the Emirates still persist, despite all the changes, the only constant has been Arsene Wenger, and he is the problem of Arsenal football club.