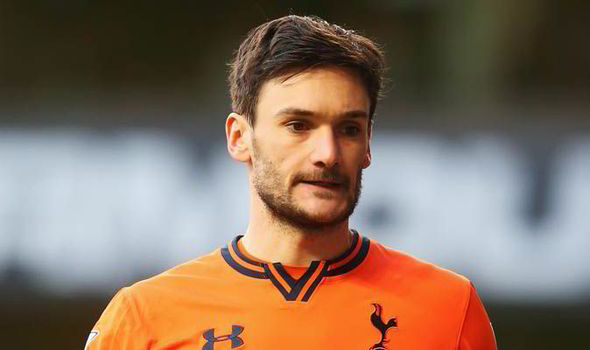 Tottenham manager Mauricio Pochettino has said that talk linking Spurs goalkeeper Hugo Lloris to Manchester United were just rumours and that he will fight to keep his best players at the club no matter what.

The speculation is that the French international will weigh up his situation come the summer amid talk that he wants to play Champions League football, something he will not be able to do at White Hart Lane next season.

Sky Sports is reporting that the north London club has no plans to sell any of their top players this summer, and that a so called release clause in the 28-year-old goalkeeper’s contract does not exist.

Speaking ahead of Sundays visit by Manchester City Pochettino said: “I think [the report about Lloris] is a rumour and I do not have any comment.

“I do not want to speak about rumours, about Hugo or other players. We are focused and we try to finish the season as best as possible. That rumour is impossible to stop but we need to accept it is part of the game.

“In football it is difficult. You never know. If you sign the contract you never have the guarantee. I have a contract and so do a lot of managers but there is never guarantee.

Meanwhile with all the speculation surrounding Manchester United goalkeeper David De Gea moving to Real Madrid, the Red Devils see Lloris as a natural choice to replace the young Spaniard, and will make a move for the Spurs keeper if they fail to keep De Gea at Old Trafford for next season.