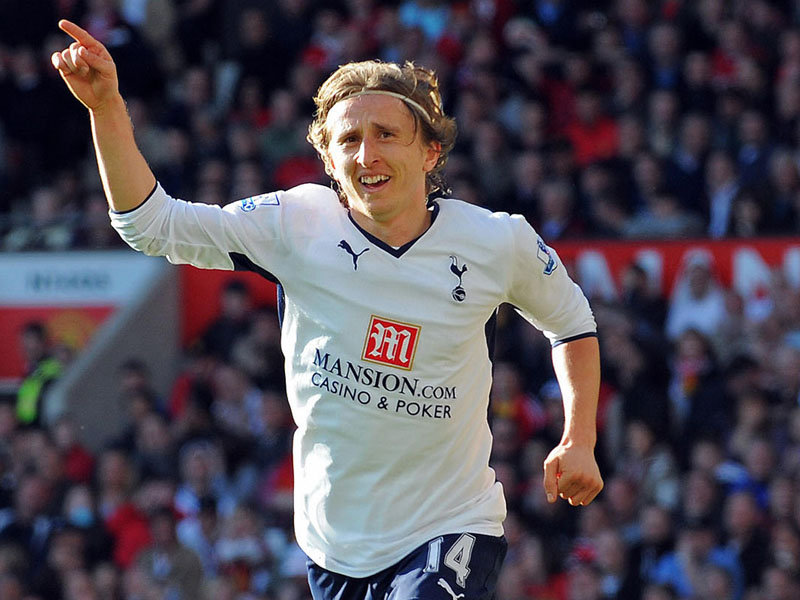 DANIEL LEVY took a whopping £10MILLION hit to keep Luka Modric out of the Prem.

Levy, plotting renewed raids for Brazil playmaker Willian, French midfielder Yann M’Vila and Lyon keeper Hugo Lloris, had told the Bernabeu giants they would have to cough up £40m.

But he decided to accept the Spaniards’ lower offer and get him out of the country — rather than risk the deal collapsing and the Croatian getting snapped up by Chelsea or Manchester United.

Modric, 26, has signed a five-year deal with the La Liga champions after completing one of the longest-running transfer sagas of the summer.

He said: “It’s taken too long but I’m here and honoured to be at the world’s biggest club.”

Real Madrid will pay Tottenham £25m up front — with a further £5m in instalments.

The deal is the first part of a new partnership between the clubs.

Chairman Levy said: “Luka has been terrific for us and, while we preferred not to part with him, we are pleased that it is to Real Madrid, a club we now look forward to sharing a long and productive partnership.”

Levy will give the Modric fee to Spurs boss Andre Villas-Boas to strengthen his squad before Friday’s transfer deadline.

AVB is likely to make an improved offer for Shakhtar Donetsk star Willian after having an £11.8m offer knocked back.

French club Rennes say Tottenham have also submitted a fresh £12.7m bid for M’Vila, who is also wanted by Newcastle.

And Lyon claim the North Londoners are back on the trail of France keeper Lloris, having held talks with them on Sunday about a £16m deal.

Villas-Boas is also believed to be weighing up a swoop for Fulham’s Belgian playmaker Moussa Dembele.