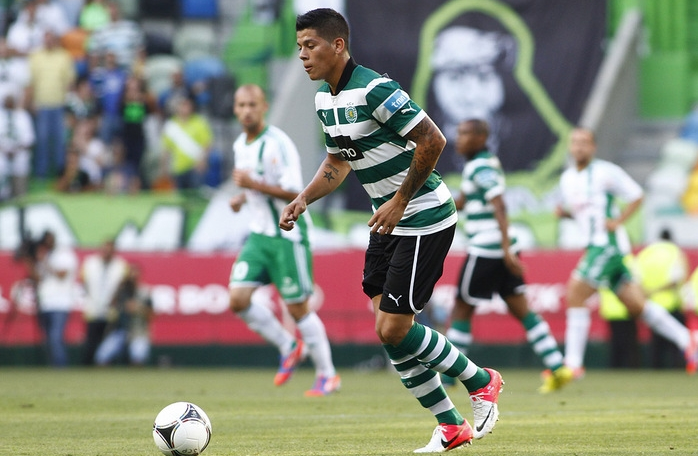 If reports in Portuguese newspaper A Bola are correct Arsenal is once again back in the race for Liverpool target Marcos Rojo.

Last month Liverpool sent scouts to watch the 24-year-old Argentinian defender who can play either as a centre-back or a left back and reported back to Brendan Rodgers that they liked what they saw.

Meanwhile Arsenal who had previously been linked to Rojo as a replacement for Thomas Veramelen are once again said to be interested although no offers have been put on the table as yet.

Liverpool seem the most likely to sign him as they need a left back but with Seville’s Alberto Moreno also a possible target all bets are off.

Meanwhile Sporting Club of Portugal are in no hurry to sell hoping that the 24-year-old performs well for Argentina in the World Cup and that they can increase his selling price.