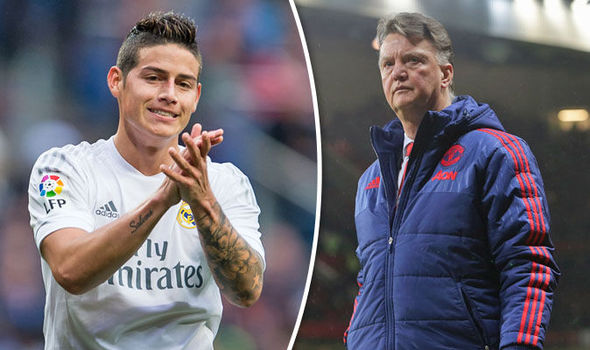 For the last couple of days Spanish television has been full of reports suggesting that new Real Madrid trainer, Zinedine Zidane just like his predecessor Rafa Benitez has fallen out with Colombian international midfielder James Rodriquez.

And now according to British tabloid newspaper the Daily Express, Manchester United have approached Real Madrid regarding a possible transfer for the 24-year-old World Cup Golden Boot winner.

Rodriguez is represented by super-agent Jorge Mendes, with the Portuguese football fixer known to have strong relations with the powers that be at Old Trafford.

All the talk so far suggests that Real Madrid have had enough of Rodriguez and would be prepared to do business with United if they could get back the 64€ million they paid to Monaco for the midfielder in 2014.