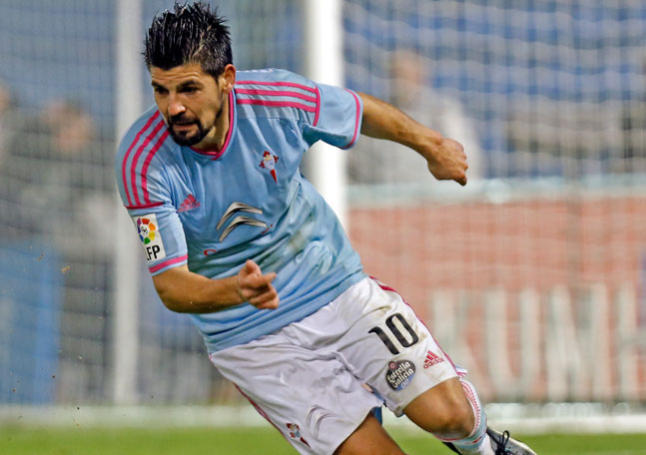 Celta Vigo star striker Nolito has been linked with quite a few English clubs including Liverpool, Arsenal and Manchester United as all three clubs look to boost their attacking options before the January transfer window closes.

Chelsea can also now be taken out of the equation now that they have signed Pato, but with Atletico Madrid prepared to pay big money for Diego Costa, anything is still possible.

The 29-year-old forward is a similar rags to riches story in the vein of what happened to Jamie Vardy in England, after having been told he was not good enough by Barcelona earlier in his career.

TalkSPORT is reporting today that Liverpool has actually offered La Liga side Celta Vigo 18€ million for Nolito after deciding to pull out of a deal for Shakhtar Donetsk attacking midfielder Alex Teixeira, after the Ukrainian club refused to budge on the Brazilian’s £38 million buyout clause.

We expect Nolito to move clubs tomorrow, but where he will end up is anyone’s guess given all the last minute dealings.