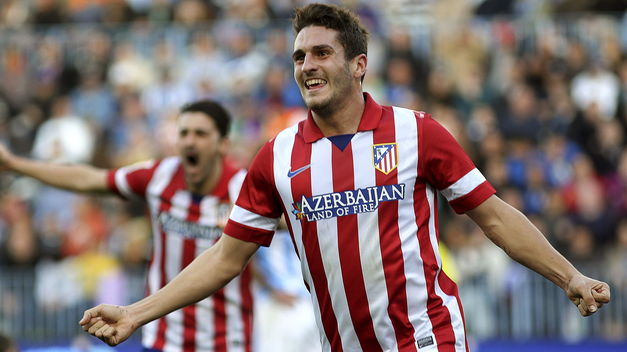 Atletico Madrid midfielder Koke has dealt a huge blow to both Manchester United and Chelsea by telling the Premiership clubs that he is quite happy to remain where he is now.

The 23-year-old was being linked along with teammate Antoine Griezmann with a move to the Premiership heavyweights, but now in a move designed to frighten off the English clubs Atletico wants to offer Koke a new contract that will raise his buyout clause to £100 million.

‘Yes, I will play here,’ he told AS when asked if were 100 per cent certain of his future.

Atletico were unable to retain their La Liga title and now look set to finish third, and when asked how he would rate the clubs season Koke said: ‘I’d give our season a nine out of ten if we finish third.’

‘We got to the quarter-finals of the Champions League and the semi-finals of the Copa del Rey. And if we finish third we will have achieved our goals.’