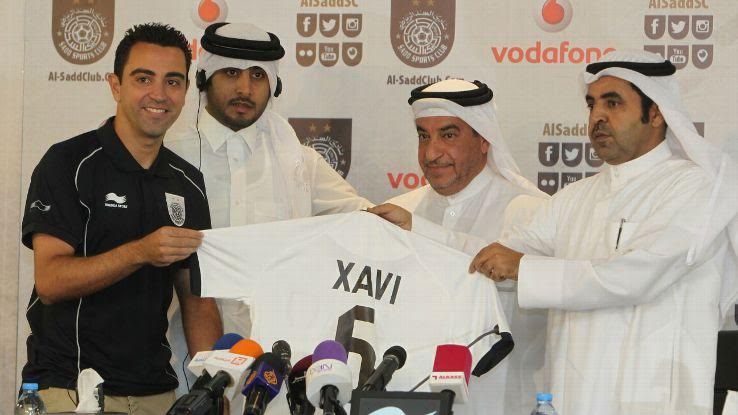 Barcelona and Spanish international legend Xavi has said that his first impression after meeting Louis van Gaal was that the Manchester United manager was an idiot.

Xavi who now players for Qatari club Al Sadd, said his first impression of the Dutchman at Barcelona was not a good one telling ESPN that he initially thought the now 64-year-old trainer was an idiot.

‘After two days of training under him, I thought, “Who is this idiot?” After a week, I thought, “He’s right.” He’ll always be in my heart, Louis van Gaal,’ Xavi said.

The 35-year-old midfielder also gave an insider’s view of Chelsea boss Jose Mourinho’s football philosophy during his time as a Barcelona coach.

‘He was the assistant coach, someone who understood the philosophy of Barca and who shared many of the same characteristics of Van Gaal,’ the midfielder explained.

‘He was very respected by the players. He trained us sometimes alone at Barca B and he was excellent.

‘I’m surprised that he became known for another type of football, more defensive, because he wasn’t like that with us.’