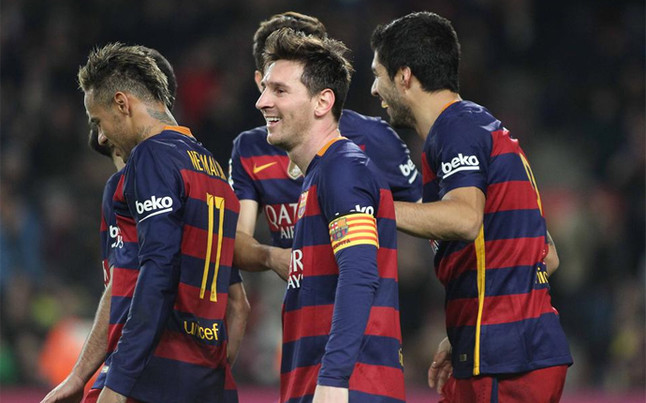 As Arsenal prepare for their Champions League match with Barcelona, Gunners boss Arsene Wenger will not have to worry about what he will say to his team following an article in Spanish newspaper SPORT that has a cartoon picture of the North London team pissing their shorts ahead of taking on the Catalan giants.

There is no hiding the fact that Arsenal goes into the two-legged affair as huge underdogs against Luis Enrique’s team, which was emphasised recently with a soul destroying 7-0 win over Gary Neville’s Valencia in the Copa del Rey.

Meanwhile despite Barcelona’s ability to score at will, Wenger has been studying Messi and company, and will be buoyed by the thought that if they can beat Bayern Munich they can beat Barcelona as well.