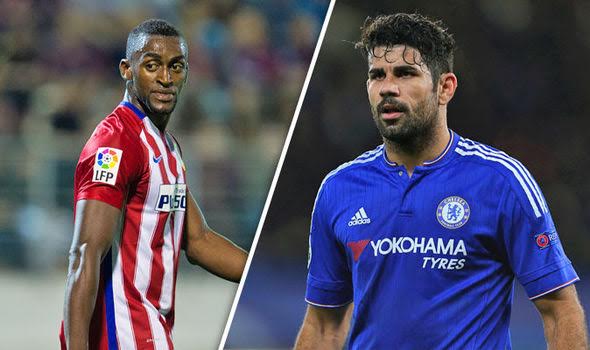 Splashed of the front page of the Sunday edition of Spanish sports newspaper AS is a photo of Chelsea striker Diego Costa, revealing that Atletico Madrid have made a substantial offer to Chelsea in order to resign their former player.

According to the article Atletico has offered Chelsea 45€ million to bring the 27-year-old back to the Vicente Calderón , an offer the paper claims Chelsea rejected without a second thought.

Atletico are flying high in La Liga this season, and still have aspirations of winning the title despite their loss yesterday to Barcelona, and know that for the club to have any chance of beating Barcelona or Real Madrid to the crown must score more goals.

Trainer Diego Simeone is well aware of that as well, and has convinced the board that Costa is the man to help them achieve their dream.

AS also points out that Atletico also offered former Chelsea target Jackson Martinez as a part of any deal if the Blues would be open to taking the Colombian striker in part exchange.

While there is still time for the Spanish club to make Chelsea a better offer it is hard to imagine the Blues doing any deal now while they are still involved in the Champions League, but come the summer this is a transfer that could very well happen as Chelsea prepares to welcome their new manager.