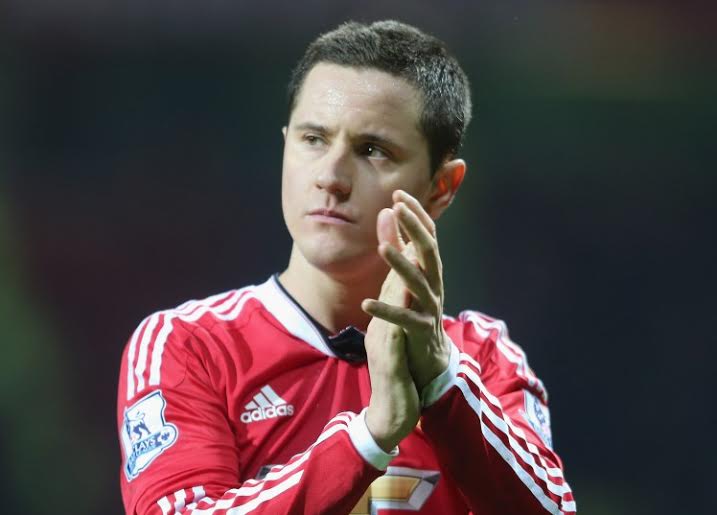 It what will surely be another move that turns the fans against Manchester United manager Louis van Gaal it appears as though the Dutchman is prepared to let 26-year-old Spanish midfielder Ander Herrera leave the club in January.

Despite showing plenty of promise when he first arrived at Old Trafford from Athletic Bilbao for nearly £29 million during the summer of 2014, the former Real Zaragoza star has somehow managed to alienate himself from Dutch manager Louis van Gaal’s plans.

In order to get his career path back on track the Spaniard realizes that he must leave Manchester and move to a club where he can play regular football.

What is funny about Herrera for us is that his style of play is described as being very similar to that of former Red Devil hero Paul Scholes, a United old boy who has not been quiet when speaking about the boring possession based football he is now seeing being played under Louis van Gaal.

One man who will appreciate Herrera however is Scholes former teammate Gary Neville, who just recently took over at Spanish La Liga side Valencia.

Herrera would prove to be a very popular signing with the Valencia fans, and should suit the player as well given the fact it would propel him from being a bit player at United back into the spotlight of playing regular football.

And it is not just Neville who is watching developments with Italian champions Juventus also thought to be interested in acquiring Herrera’s services.

The kicker here, which is unfortunate for Herrera is the fact that LVG was given a bloody nose after letting Javier Hernandez leave Old Trafford on the cheap last summer (£7m), only to watch the Mexican international go on to become one of the Bundesliga’s top scorers with Bayer Leverkusen.

This means United will be asking £40 million for Herrera, a price many will consider too expensive for a player who is not a first team regular.