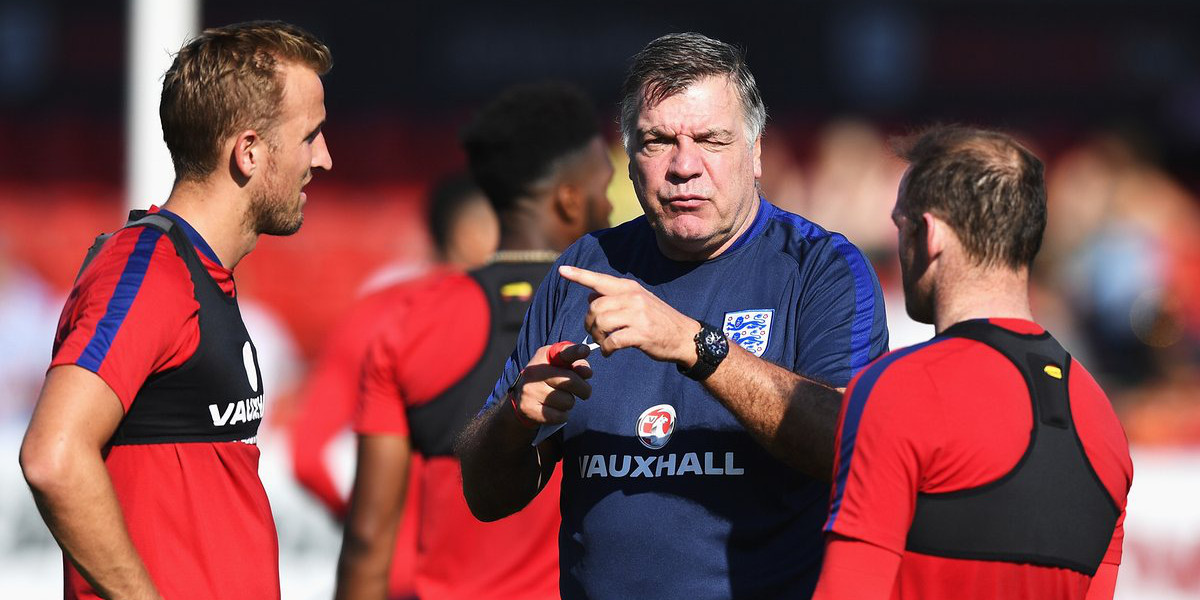 Joe Hart will retain his place between the posts despite recent criticism about his nerves (in England) and about his passing ability (in Manchester City).

John Stones and Tim Cahill will be his defenders, with Tottenham duo Danny Rose and Kyle Walker on the flanks. Another Tottenham player Eric Dier, 22, will pair up with Liverpool captain Jordan Henderson in defensive midfield.

Wayne Rooney will be the number 10, with Adam Lallana on the left wing and Raheem Sterling on the right. Despite only looking like a shadow of his former self, Harry Kane will get the starting spot as the number 9.

Other players who have been called up for the World Cup qualifier against Slovakia are:

More likely than not, Daniel Sturridge will see some playing time, unless Sam Allardyce opts for Jamie Vardy’s ability to find the shortest route to goal.

Dele Alli hasn’t been included in the starting lineup as, quite simply, Big Sam decided Dele is a number ten and is therefore behind Wayne Rooney in the pecking order. This is how England will line up for this encounter:

Slovakia will likely want to repeat the same game they’ve played against England in the Euros where it was 0-0, they’ll sit back and soak up pressure while waiting for Marek Hamšik to do something incredible. This is their probable lineup:

How about a prediction for this match? Well, first of all, bear in mind Roy Hodgson was holding this team back and has been doing it for years. If Sam Allardyce just finally tells the boys to go out and play (and win), that alone will be the key difference that will instantly make England a better team. Expect England to win this one. But not necessarily with Harry Kane on the pitch, we’ll likely have to wait for Sturridge/Vardy to replace him and for Dele Alli to come on as well.