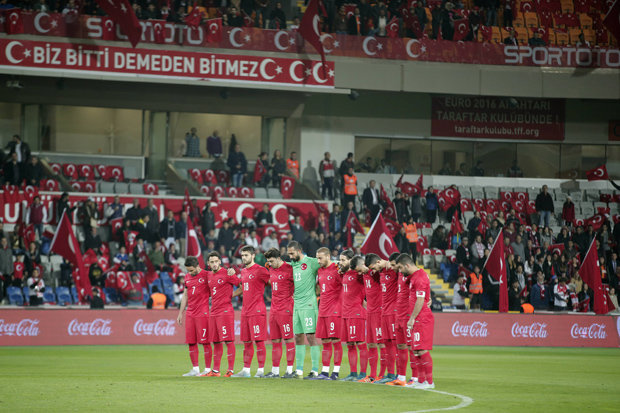 As a minutes silence was taking place for the 129 people killed last Friday night in a terrorist attack in Paris before and international friendly between Greece and Turkey in Istanbul fans could be heard booing and chanting “Allahu Akbar”, the Islamic phrase meaning “God is greater”.

Players from both sides gathered in the centre-circle just as they did in London for the match at Wembley where you could have heard a pin drop, a far cry from the shocking behaviour in the sell-out 17,000-strong crowd at Basaksehir Fatih Stadium in Istanbul.

Look at the video below where Turkish officials should feel ashamed of their fans behaviour.