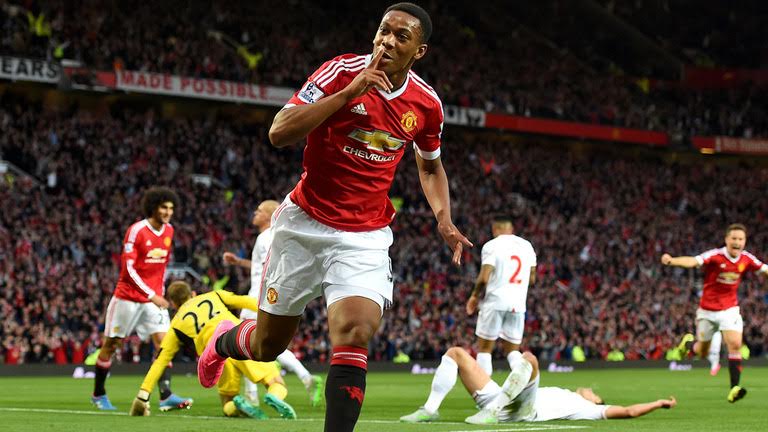 Van Nistlerooy knows a thing or two when it comes to strikers, having scored 150 goals during his five years at Old Trafford and says that Martial should spearhead the attack with Rooney playing a No.10 supporting role.

“If Martial keeps doing what he did against Liverpool he could be a revelation,” Van Nistelrooy said at the PSV training ground at an Under-19s fixture between the Dutch champions and United on Tuesday.

“On the other side is it really realistic to expect that from him? Hopefully for United he can be the one.

“He looks like the out and out striker that is needed.

“Wayne Rooney is playing in that position but I don’t think he is an out and out striker.