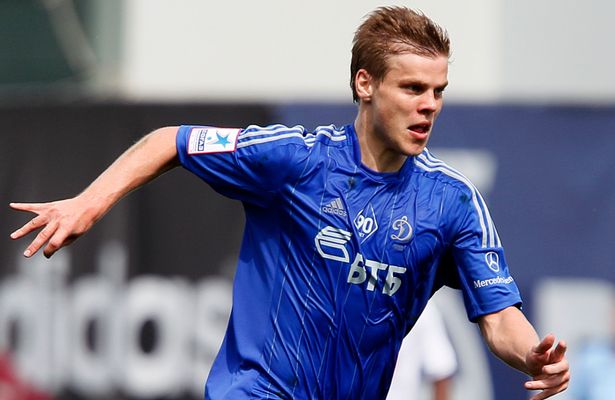 Arsenal have decided that Russian Striker Aleksandr Kokorin is not the man to lead them to Premier League glory despite being linked with a move for the 24-year-old Dynamo Moscow forward since last summer.

Kokorin appeared to be on a shortlist of strikers that Gunners boss Arsene Wenger was hoping to bring to the Emirates during the January transfer window, but now according to news out of the Russian capital Arsenal’s interest has cooled.

When asked about a possible move to North London for Kokorin, Dynamo’s sporting director Konstantin Sarsania said that the Gunners have abandoned their interest.

“I don’t know where Kokorin will continue his career,” Sarsania told Sport Ekspress. “There was interest on the part of Arsenal, but now there is not.”