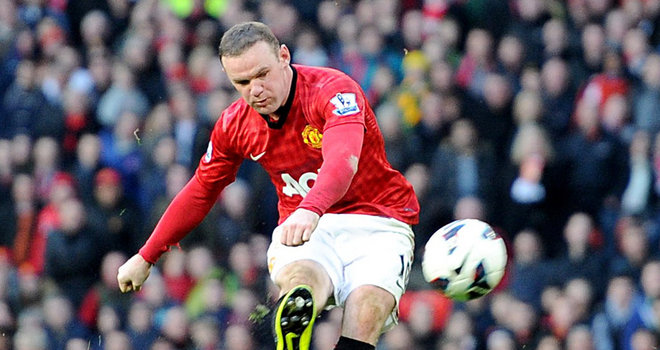 England manager Roy Hodgson has told Manchester United manager that Wayne Rooney is a striker and not a midfielder as the Dutchman continues to pay his high priced duo of van Persie and Falcao in attack rather than Rooney.

Wayne Rooney has been forced to play as a midfielder in Van Gaal’s team 12 times now and has not scored a goal in nine matches despite the fact he is only four goals shy of becoming England’s all-time leading goal scorer a record currently held by Manchester United legend Sir Bobby Charlton who netted 49 times for his country.

“At the moment I don’t necessarily think that (central midfield) will be his best position for us and I don’t have any immediate plans to play him there but who knows? I will never say never.’

Rooney hit a brace for England in his last international against Scotland, and will play in his forward role in marches 2016 Euro qualifier against Lithuania and then again against Italy four days later.

Hodgson added: ‘Wayne’s the sort of player, he can play anywhere. You couldn’t surprise me if one day he played right-back and did very well. He’s a very, very good footballer.’