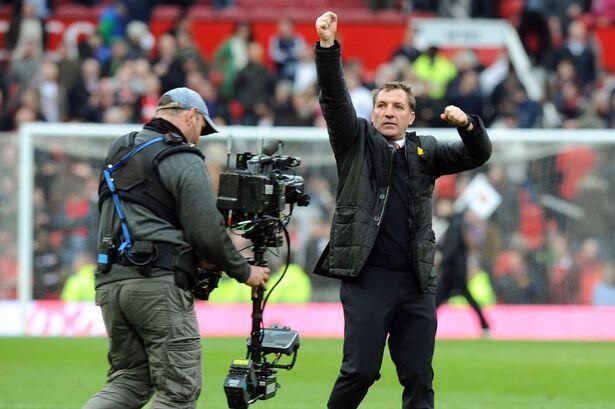 Liverpool manager Brendan Rodgers has called on his team to win the Premiership title in what he calls the right way.

Following Manchester City’s draw at home with Sunderland Liverpool now have the title in their own hands knowing that should they win their four remaining games they will be crowned champions.

Rodgers has already said that he intends for his team to win the trophy by playing entertaining football and will not resort to negative tactics just to win the title. “We will try to do it in the right way,” Rodgers told the Daily Mirror. “I take great pride in winning in the most sporting way we can.

“We don’t surround referees. We want to win, but it shows you a mark of our behaviour.

“They are the values of this club. It’s a club that has won many trophies in the past but had the humility and the class.

“One word I always had in my mind when I joined Liverpool is ‘class.’ So that is important to me – that those values are restored.

“I believe you can’t affect refereeing decisions. There will be little bits of luck that go for and against you, but I like to think, as a sporting team and a team that’s trying to work well, we’ve got our rewards this year.”