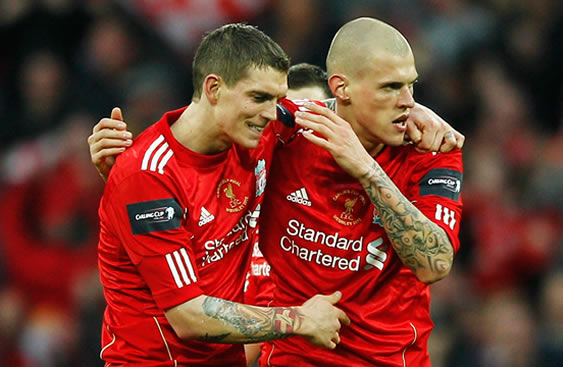 Liverpool manager Brendan Rodgers has said he plans to introduce some players who have been sitting on the side lines in recent weeks in order to keep them motivated.

Speaking after the match against Fulham that saw the Reds revert to a 4-3-3 formation in which Kolo Toure was rested allowing Daniel Agger to team up with Slovak international Martin Skrtel.

Rodgers has said that more players will be getting time on the pitch especially over the busy holiday fixture list as the Reds hope to keep their top four finish alive.

The Northern Irishman told the clubs official website: “I just decided to change it (on Saturday).

“I have said to the players that between now and January we have one game a week.

“The players are working very well and very hard on a daily basis but I need to give oxygen to some players, so they can see a light at the end of the tunnel.

“It is important that I use the players well.

“Kolo has been sensational since he has been in but Daniel Agger is a top player. I just need to balance the team out when I can.”