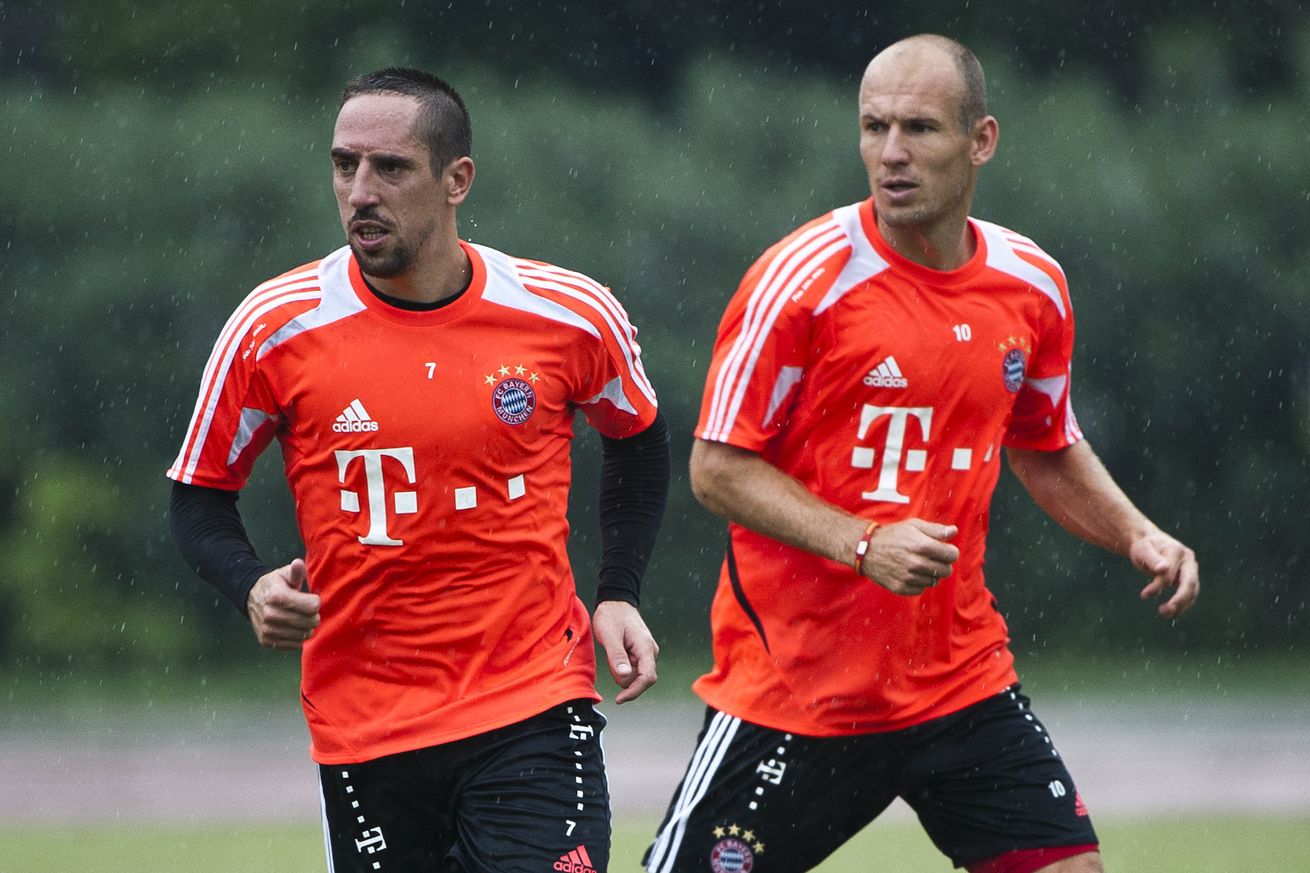 All good things must end, and it seems Bayern will no longer be able to rely on their star duo Robben and Ribbery, dubbed Robbery, as both players are increasingly battling injuries.

While both have been rather fragile to say the least, and had numerous injuries over the years and it was rare for both of them to be on the pitch at the same time, now the tide has turned completely and the duo is very often on the sidelines together.

Arjen Robben has been ruled out for six weeks with an adductor injury and will miss the start of the season 2016-17 at the very least, and since his muscular problems are chronic, it remains to be seen when and if will he come back to full fitness.

Franck Ribery is also harbouring a muscle injury and it’s been a while since we’ve seen him. He was out since February 2015, then made one start in the Champions League in November, then the club confirmed he’ll miss the rest of the year and we haven’t seen him since. The winger also missed Euro 2016. Actually, since 2014-15 he mustered only 25 appearances for the Bavarians and it wouldn’t be surprising if the player soon announced his retirement, as he turned 33 in the meanwhile.

Arjen Robben, 32, also managed only 15 Bundesliga appearances last season and is now on the sidelines again with the same injury that kept him off the pitch in the last two months of the 2015-16 season.

In the 2015 summer transfer window Bayern signed left winger Douglas Costa from Shakhtar for £25.50m and right winger Kingsley Coman on two-year loan from Juventus. The duo combined 8 goals and 20 assists for the Bavarians.

It is obvious Bayern will no longer be able to rely on wing play and that the nature of this team is changing. The recent signing of Renato Sanches only indicates Bayern were looking to strengthen the middle of the park, as the era of two fantastic wingers unfortunatley comes to an end.