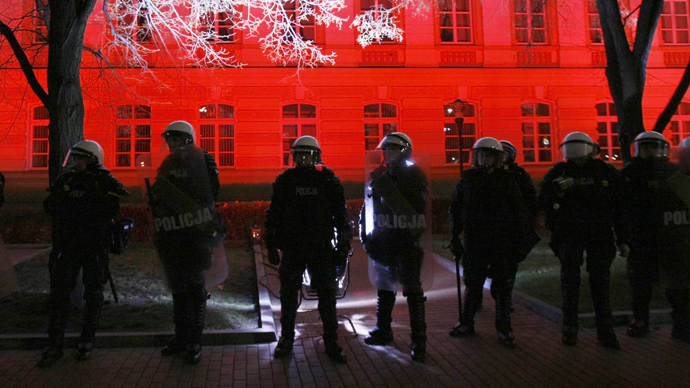 Following a match between Polish 4th division sides Concordia Knurów and Ruch Radzionkow, Concordia fans invaded the pitch and were heading for the away supporters before police started firing rubber bullets to back them off.

A 27-year-old local supporter was hit in the neck, and died on route to the hospital sparking off further riots during the night in which 14 police officers were injured.

News of the incident spread fast with videos of the events quickly appearing on social media.