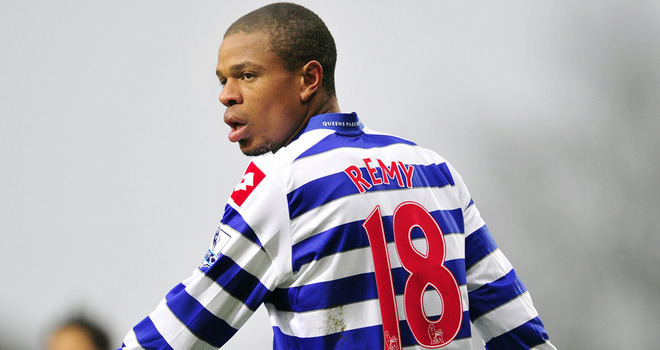 Queens Park rangers striker Loic Remy currently on loan at Newcastle United  has reaffirmed his desire to join a top European club and with Arsenal being strongly linked to the 27-year-old,  worry is starting to set in for the Gunners should they not qualify for Champions League football next season.

Reports this morning in the Spanish press are suggesting that Chelsea has agreed a £50 deal to bring Atletico Madrid striker Diego Costa to Stamford Bridge and that Remy who has a release clause of just £10 million could be a cheap replacement.

“Clubs are discussing with my agent, I’m open for everything,” he is quoted by The Sun.

“I want to join a great European club, to play at the highest level.

“Regarding my future, everything is possible, even going back to France.

“I’ve played for great clubs in France, like Lyon and Marseille.”

QPR manager Harry Redknapp has already said that he does not expect to see the French striker return to Loftus Road even if the London club were to get promoted to the Premiership.

“Remy wants to play Champions League football next season, so they tell me,” said Redknapp.

“The chances of us keeping him are not great if he’s got a buy-out clause.”

This news does not bode well for Arsenal who will almost certainly be in the market for a new striker with it once again being pointed out how important the Champions League is in attracting big names to your club.