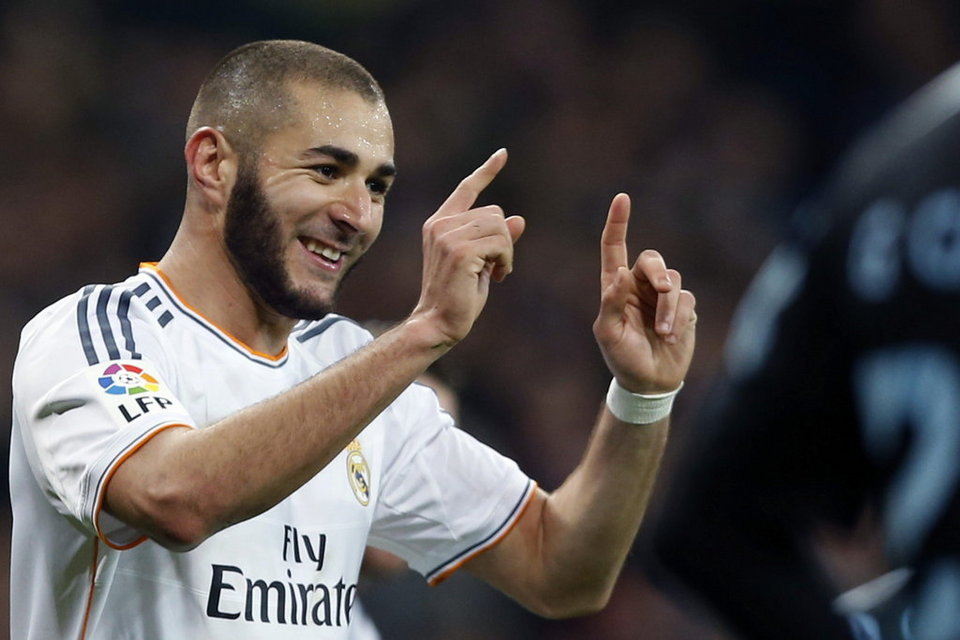 Real Madrid are working on a deal that will see French international striker Karim Benzema join Arsenal as the Spanish giants raise funds to make a sensational move for Liverpool’s Luis Suarez according to the Daily Express.

Reports coming out of Italy are saying that Real Madrid are optimistic that they can persuade to Uruguayan striker to move to the Spanish capital despite him just having signed a new contract with Liverpool before Christmas.

Real Madrid president Florentino Perez is said to be enthralled with the idea of having Suarez play upfront with Gareth Bale and Cristiano Ronaldo on either wing.

He is also aware that Suarez will not come cheap and that the club need to raise funds in order to make Liverpool an offer that will make them sit up and notice, and think that after the season Suarez has had scoring 30 goals to put Liverpool in pole position to win the Premiership title the offer may have to eclipse the 100 million euro’s they paid Tottenham for Gareth Bale.

Madrid know that selling Benzema would be easy after the interest shown by Juventus and Arsenal last summer, and with the Frenchman’s current contract up in 2015 this summer would be the best chance to sell him to the highest bidder.