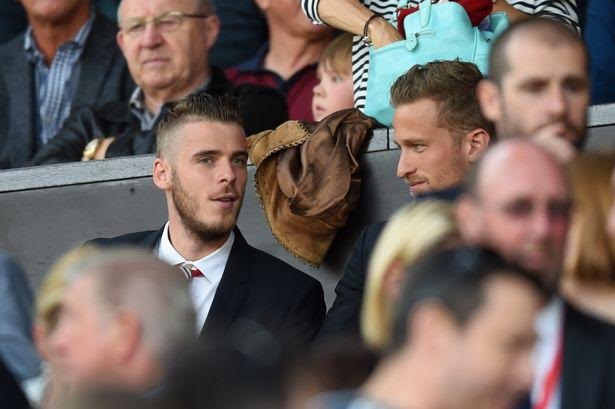 With Manchester United asking £35 million for the Spanish international, and Real Madrid only willing to pay £25 million knowing that his contract is up at Old Trafford next summer and that they can sign the 24-year-old without having to pay the Red Devils a penny, Mondays Daily Mirror is reporting that the Spanish giants are prepared to pay De Gea a massive £12 million signing bonus if he will wait till next summer before moving to the Santiago Bernabeu.

In other news De Gea said that he was willing to play for United against Villa and is not happy with the way United is now using his desire to join Real Madrid as a way to alienate him with the Manchester United fans.