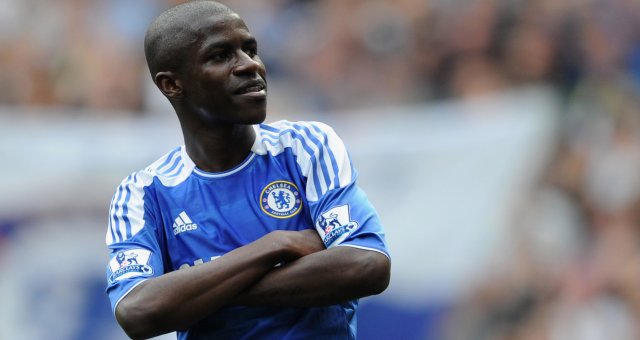 Blues midfielder Ramires says talk of him moving to Spain to play for Real Madrid is just rumours, and that he is very happy to stay at Stamford Bridge.

Speculation has increased in recent days that former Chelsea manager Carlo Ancelotti is going to raid Chelsea for one of the most outstanding performers in January.

The 26-year-old Brazilian is under contract at Chelsea and says for him to leave it would have to be the clubs wish to sell him rather than his desire to leave.

“I see the interest of Real Madrid as recognition of my good work in Europe, but I’m under contract with Chelsea and it would be unethical of me to comment.

“For the moment, these are only rumours.

“I am very happy here. I am respected and part of the club’s history.

“If I leave, Chelsea would have to make the decision. Chelsea are one of the biggest clubs in the world and I have realised my dream here.”

He did however speak of his desire to one day return to his home club Cruzeiro saying: “Everyone knows my admiration for Cruzeiro. Along with Joinville (another former club), they are my favourite team in Brazil.

“I watch their games from London and the team has played very well this season. I hope it will continue like that.

“I hope to wear the new Cruzeiro jersey before ending my career.”

When speaking about winning honours with Chelsea Ramires said: “The Premier League is one of the toughest competitions in the world. I can only say that we have the means to win. Our team is strong and we can win it all this season.

“Winning the Champions League was one of the greatest moments in my career. I think the only title that can compete with that is the World Cup in Brazil.”