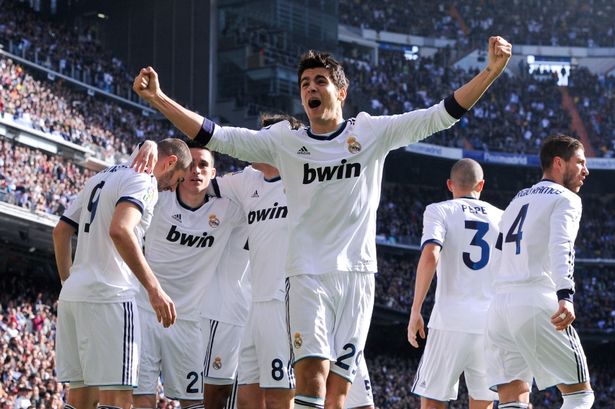 According to The Mail on Sunday Real Madrid striker Alvaro Morata is the more likely option in a January loan deal to join Oliver Giroud in the Gunners attack.

Arsenal manager Arsene Wenger will make up his mind on the 21-year-old as to whether or not he needs another striker before the end of the season especially now that Lukas Podolski has returned from injury in the coming days.

Madrid manager Carlo Ancelotti has not featured Morata much in his squad this season despite the fact he was one of Spain’s star players in their European U-21 winning team in Israel scoring four goals to win the Golden Ball award.

Morata has also scored for Real Madrid when he has had the opportunity to play, yet with such talent available for a starting place in the first team Ancelotti would probably be happy to let him go to London on loan.

Having watched him myself I can only say to Arsenal fans that if the club has a chance to sign him they should go for it and address the striker problem come the end of the season when Wenger feels more confident in the marketplace.