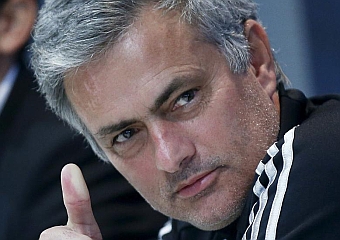 Canillas president Manuel Alvarez has urged Real Madrid chief Florentino Perez to do his utmost to hold on to Jose Mourinho beyond the current season and even force him to fulfil his contract until 2016 if necessary.

Alvarez, who is in charge of the club where Mourinho’s son plies his trade, claimed on Wednesday the Portuguese coach told him he will no longer be with Madrid next season.

However, the Canillas supremo has insisted Madrid should attempt to hold on to their coach as they cannot afford to let him go without a fight.

“The thing Florentino should do is force Mourinho to fulfil his contract with the club. He did a good job to put Madrid’s fate in Mourinho’s hands,” Alvarez told Goal.com.

“It would be a huge blow for Spanish football if he indeed leaves and I hope Florentino can sort this out.”

The Canillas boss also had his say on the alleged problems between Iker Casillas and Mourinho and believes the goalkeeper will eventually be grateful to the flamboyant trainer.

“Iker will be grateful for everything Mourinho’s done. In order to be the captain, and first-choice goalkeeper, you will have to prove yourself each and every day,” he added.

“His current situation should motivate him and he should be thankful to Mourinho.”

Alvarez then went on to discuss Fifa’s Coach of the Year election and stressed the Portuguese trainer cannot be compared to a national team coach such as Vicente del Bosque.

“The Ballon d’Or situation was not normal. You cannot compare a coach who works with his players 365 days a year with someone who only works a few days,” he continued. “There should be a separate award for national team coaches.”

Mourinho has been in charge of Real Madrid ever since joining them from Inter in the summer of 2010. He has since guided them to Copa del Rey and La Liga glory, while making it to the semi-finals of the Champions League this term, where they will meet Borussia Dortmund.