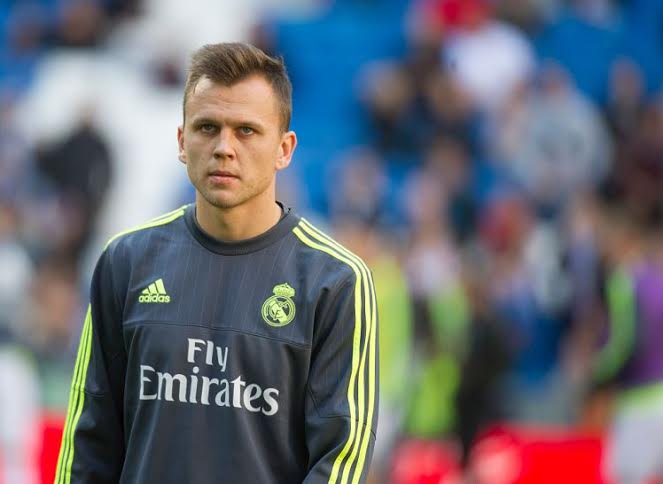 The 25-year-old did well last season while on loan at Villarreal, but since his return to Los Blanco’s has only made just two La Liga appearances for the club.

Desperate for more playing time ahead of next summer’s European Champions ships in France, it would appear as he has now gotten his wish to be able to leave.

Last summer several Premier League clubs were interested in Cheryshev including Arsenal, Liverpool and Manchester United, and while Zidane does not say which club will be signing him today, the finger points at Liverpool as their move for Alex Teixeira stalls.

‘Yes we are going to see tomorrow but I think he could still leave,’ Zidane said last night.

‘The important thing for him is to have playing time.

‘He is a great player, he needs time and I wish him the best.

‘If he has the chance to leave and play, then I am delighted for him. We will see tomorrow.’