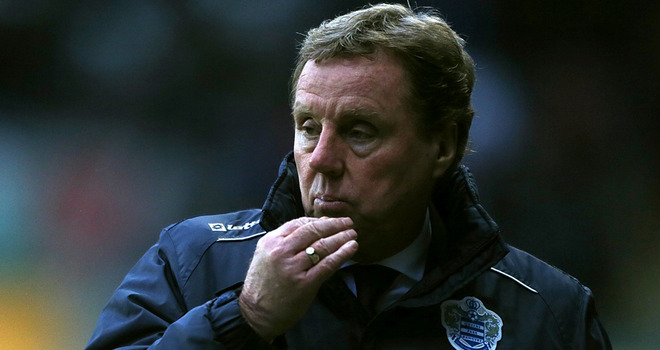 Earlier this week, midfielder Stephane Mbia was fined after a message on his Twitter account suggested he wanted to move to Marseille.

Redknapp wants a significant change in attitude in the Championship.

“There will be a lot of things changing here over the summer. We’ll have the players disciplined from the start,” Redknapp said.

“Maybe we had to pussy-foot around players when I came in because of the situation this season.”

Redknapp’s sterner measures appear likely to include tighter guidelines on his players’ use of Twitter.

He added: “If they practiced more on the training ground instead of tweeting, maybe they’d become better footballers.

Redknapp has suggested there is more chance of Rangers suffering a second successive relegation than bouncing straight back to the Premier League.

The manager wants a significant turnover of players in order to challenge in the Championship.

Redknapp added: “Getting players out will be difficult, but we’re not going to give them away. I want players who want to give their all . I think change is needed. We need to freshen up the squad after a tough season.

“You need good characters in the dressing room. We’ve got some but we’ve also got some dysfunctional ones too.”