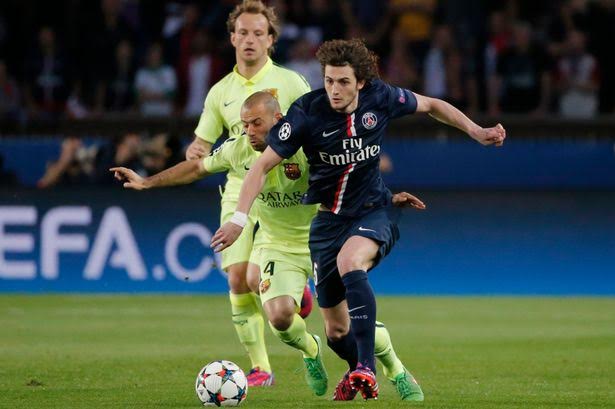 After being concerned with the amount of playing time he is getting leading up to next summer’s European Championships Paris Saint-Germain midfielder Adrien Rabiot has asked to be allowed to leave the club on loan till the end of the season.

Arsenal manager Arsene Wenger has in the past been linked with the 20-year-old French international and could very well make a move for the youngster given the Gunners current injury crisis.

“I’ve asked the president for a loan move in January if my time on the field is insufficient,” Rabiot told Telefoot . “It’s something that he can’t refuse me – I know he likes me very much.

“When you train all week, you want to be on the field. Sometimes it’s not possible and it’s frustrating.

“Paris is my city. It’s great to play here. If I could impose myself here, it would be brilliant. I would be ready to play my whole career at PSG if I was a starter. I would see things differently, that’s for sure.”