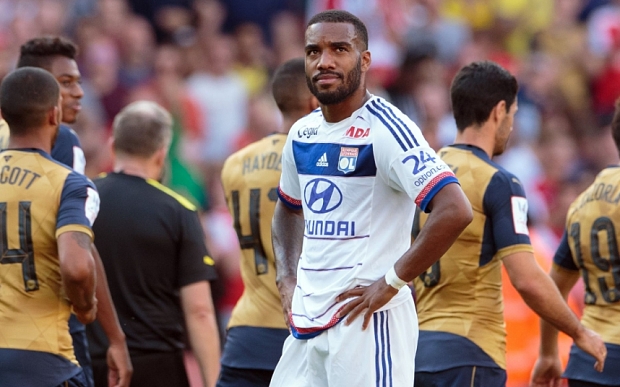 Last season Lyon striker Alexandre Lacazette could do no wrong for the Lugue1 runners up scoring 27 goals that got him noticed by all the top clubs in Europe including several in the English Premiership.

In the end however he decided to shun more money and remain at the Stade de Gerland where he was happy being a fan favourite.

That however may now all have changed following a poor start to the season and a back injury that has drawn criticism from trainer Hubert Fournier, which he says had had an effect on his game.

He said: “It hurts. I think that’s the right word. When you’re a young guy at the club, from the city, who’s never behaved badly towards anyone, to be treated like that… yes, it’s hurtful.

“I’d just had my best season, I’d really helped the team to get back into the Champions League.”

What has really upset the 24-year-old French international is that club president Jean Michel Aulas has tried to turn supporters against him by revealing the terms of a new 4€ million per-year contract that he had just signed earlier in the month.

“When he speaks, a lot of supporters follow him. And when he tells things, seen from his side, he makes you think that the player is in the wrong. Yes, his behaviour hurt and disappointed me.

“I would have preferred that he might act like in every negotiation. He could have said to me ‘it’s too much,’ simply.

“He could have not employed this method that made me look like someone that I’m not. I had decided to stay — everything should have been straightforward.”

As things stand at the moment it would appear as if Lacazette is ready to pack his bags and move to a club that hopefully will appreciate him more with both Arsenal, Chelsea, Manchester United and Liverpool possible destinations.