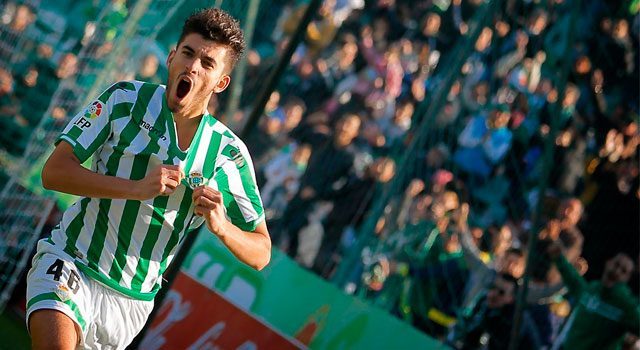 Liverpool and Arsenal midfield target Dani Ceballos has signalled his intention to remain in Spain and play for Real Betis for many years to come.

The 19-year-old’s future has been subject to heavy speculation over the past few weeks, with the Premier League pair and other European giants such as Real Madrid and Italian champions Juventus reportedly among his suitors.

Speaking to AS, he said: “I want to continue at Betis and enjoy these fans for many years. That they trust me because I have never failed them. I have always given everything for this shirt and I only think about returning all of the affection that I have received from the Beticos (Betis fans).”

Regarding speculation linking him with a move to the Premiership and other clubs, he added: “They are only rumours, what I want is to stay at Betis.”