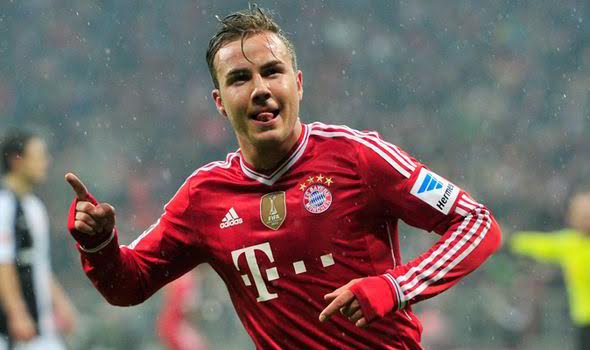 Top Premier League clubs have all pricked up their ears following comments made by Bayern Munich sporting director Matthias Sammer, when the 48-year-old former German international defender failed to confirm that star player Mario Gotze would be staying with the German giants.

Recently Gotze was talked about as possibly joining his former Borussia Dortmund boss Jürgen Klopp at Anfield, with Sammer suggesting a January move was madness saying: “I said it was madness when there were rumours about a transfer in January, whereas Mario was talking about the end of the season.

“Mario’s comments were an indication that we will have to sit down at some point in the coming months and discuss his situation. That is only logical.

“I cannot see anything negative about what Mario said. He has put a few things up for discussion and we will clarify everything in the second half of the season.

One thing is certain however, and that is should the 23-year-old midfielder become available this month or next summer, Liverpool will not be the only club bidding for the German internationals signature.