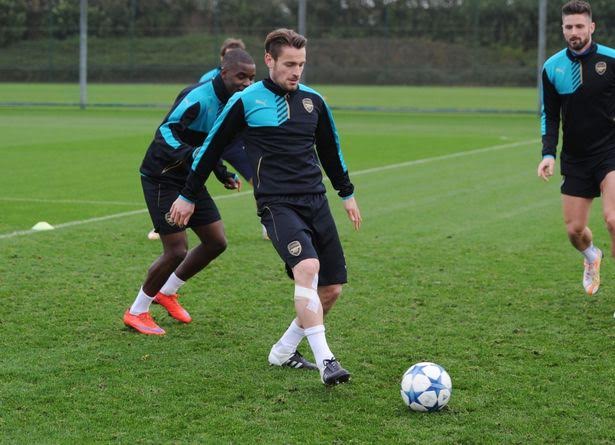 With Arsenal right-back Mathieu Debuchy almost certainly set to leave the Emirates this winter, the Daily Mirror is reporting that Aston Villa is one of two Premier League teams that would like to take the Frenchman on loan until the end of the season.

Debuchy has fallen behind Spaniard Hector Bellerin as Arsenal manager Arsene Wenger’s first choice centre-back for the Gunners and is eager to get regular playing time in the hope of being included in Didier Deschamps squad for next summer’s European Championships in his homeland.

While worried that he will have no cover should Bellerin get injured, Wenger recently said that he would be willing to let the 30-year-old go out on loan after interest from both Aston Villa and West Bromwich Albion.