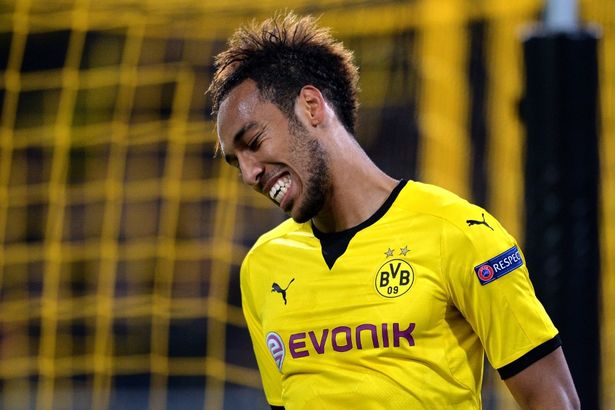 In-form Borussia Dortmund striker Pierre-Emerick Aubameyang has ruled out a big-money move to Paris Saint-Germain, despite the French champions being prepared to pay a pretty penny to bring him back to France, after having watched him score 27 goals in 27 games so far this season.

Having already gained the attention of almost every top club in the Premiership the former Saint-Etienne striker says that he does not plan a return to France.

“A transfer to PSG? Last year it was maybe possible but not today. I didn’t want to come back to France,” he told Canal+.

“If I will have fun in this team? Obviously when there are players like the ones who are there, a striker can only make a difference. It would be good (to play with them).”

The Gabonese international would however, like to face his former side in Europe this season.

“I still follow Ligue 1 and I remain a fan of AS Saint-Etienne,” he continued. “It would be great if I could go back there this year with Dortmund in the Europa League. I would like to show ASSE fans how I progressed.”

As it stands a January transfer does not appear on the cards for the 26-year-old, but come the summer it will be all gloves off as the Premier League teams go to war.