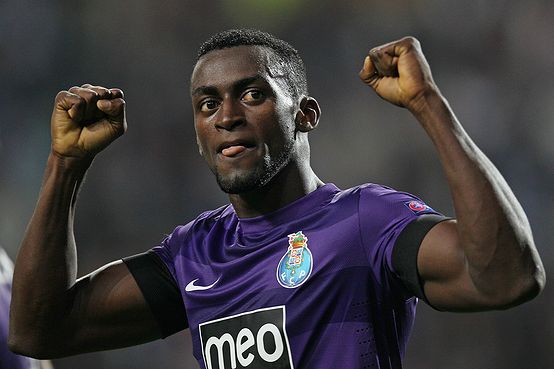 Quite a few Premiership clubs have been linked with Porto goal-machine Jackson Martinez, and now the clubs president Nuno Pinto da Costa says they would be powerless to stop him leaving if his release clause of £24.7 million was met.

‘He’s a player we want to keep, but we cannot stop someone paying the clause,’ he said

‘Jackson went on vacation and so when he returns we will try to renew his deal just like last year.’

As far as top rated strikers are concerned £25 million does not seem too big a price to pay for the Primeira Liga’s top goal-scorer.

The 28-year-old Colombian international scored 21 goals this season in Portugal, and is now said to be ready to test himself in one of Europe’s top leagues.

Several Premier League clubs have Martinez earmarked for a possible transfer with Arsenal thought to be the front runners until news broke today suggesting that Real Madrid’s Karim Benzema could be available for £35 million.

With Chelsea, Liverpool and Manchester United all looking to sign a top striker this summer the chances of Martinez being in the Premiership next season appear to be very strong.