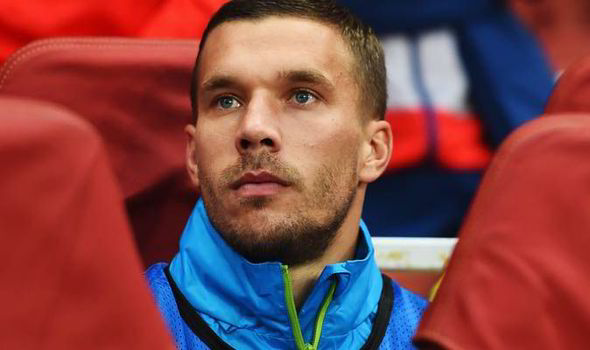 Following Germany’s 1-0 friendly win over Spain Tuesday night in Vigo the Arsenal forward told the Daily Express that he is not happy with his current situation at the Emirates where he has only made four appearances so far this season and failed to start a single game.

“I have to speak to Wenger because the situation at the moment is not good for me,” he said. “I have to play. I am happy at Arsenal and happy in London but I don’t have the chance to play.

‘I know that only 11 can play but when you come on for just 10 or 15 minutes and it happens every week then you cannot be happy. I am happy with the team, the coach and the club, but I am not playing.

Should Arsenal decide to let the 29-year-old leave in January the price they will ask is reportedly £4million which would be tempting for his former Bundesliga club Cologne.