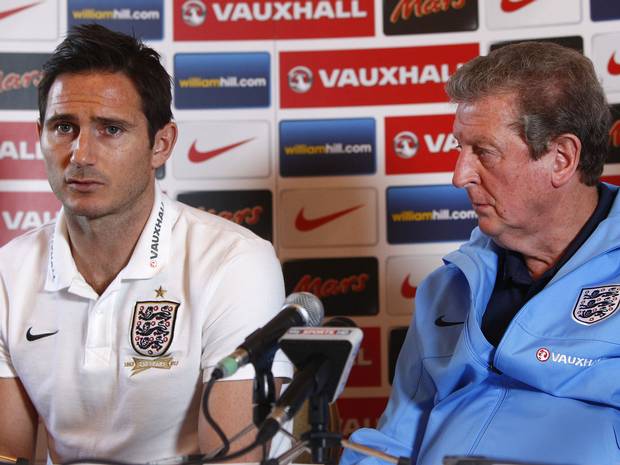 England’s 10-match unbeaten run came to an end last night in an international 0-2 loss to Chile as Boo’s rang out from around Wembley stadium which might just have a few people having second thoughts about booking their flight’s to Brazil for next summer’s finals.

Barcelona’s Alexis Sanchez scored in both half’s for Chile as the South Americans exposed the lack of depth in manager Roy Hodgson’s squad.

The England manager called on the critic’s to not be too harsh as last night’s match saw the debut of Southampton duo Adam Lallana and Jay Rodriguez as well as Celtic goalkeeper Fraser Forster.

“We used a lot of players and debutants and players who haven’t got many caps,” said Hodgson.

“Going a goal behind early meant we were on the back foot and always chasing the game against a team who were more than capable of keeping us at bay and keeping the ball.

“It would be harsh to make too many judgements on them (the debutants). They came into a team where a lot of people around them weren’t that experienced if we take Frank Lampard out of the equation.

“Even our more experienced players would have found it difficult anyway because Chile were good and deserved to win.

“They played excellently. We learned a lot about South American opposition and how good they are at sucking you towards their goalkeeper and then manage to ping

50-yard balls on to people’s toes. That’s one of the best displays of goalkeeper passing I’ve ever seen.

“It’s important that having been knocked down they pick themselves up again. We have another big game on Tuesday night. There are lessons to be learned. We need to play better if we are going to beat top teams like Chile and Germany.”

The England manager had nothing bad to say about the fans dissatisfaction with the England team with their boos and jeers after the final whistle.

“I’m not prepared to criticise our fans. They’ve been fantastic throughout. They were obviously disappointed tonight that we couldn’t keep our momentum going and send them home with a victory, so they are entitled to show their frustration but I think they will have a reasonable amount of perspective about it all.”

Meanwhile Chile manager Jorge Sampaoli was happy with the result and in particular with the performance of Sanchez.

He said: “I am absolutely delighted. When you come to the cathedral of football it is great to play well and to make the Chile fans happy.

“We were up against an opponent who were in our faces all the time. In the second half we created less chances but we were in control of the game and moved the ball around well.

“I wouldn’t say we were one of the favourites (for the World Cup) but it shows we can compete on equal terms. There is a long way to go to the finals, but we can go there and give teams a game.”