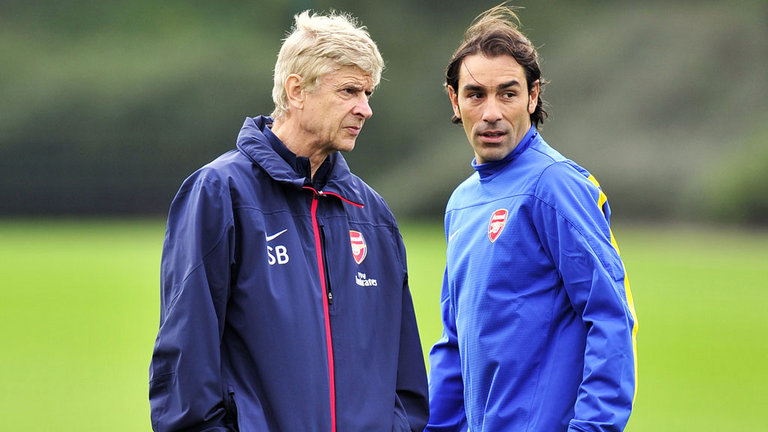 Former Arsenal player Robert Pires is telling Arsenal that they must focus if they want to end their run of not winning any silverware since 2005 when he was a part of the team that beat Manchester United on penalties to lift the Cup.

The now 40-year-old Frenchman believes that the clubs long wait will be over this weekend if they can focus all their energy and beat Hull City at Wembley on Saturday.

When talking to the Daily Star Pires said: “Everybody at Arsenal knows big pressure is on the shoulders of the players.

“The most important thing is the message from Arsene Wenger. We need to win. Concentrate. Focus.

“When you play for the big teams in the UK, France, Spain, always you have a dream to lift some trophies. Arsenal are in the final against Hull City.

“That’s a very good opportunity because the club has not won a trophy since 2005.

“For the fans, for the club, for the board, for Arsene Wenger, the final is very important.”

Pires won the FA Cup three teams with Arsenal and believes that is the current team can win on Saturday it will be the first of many trophies that will come to the Emirates.

He does warn them not to take Hull City so lightly or else they could end up beaten as they were in the Carling Cup final against Birmingham in 2011.

Pires said: “The first one is very important psychologically. Every player knows it’s very hard to win a trophy, especially after a long time.

“They must keep focused on the final and Hull City. Everyone knows it’s not an easy game.

“You remember when Arsenal played the final against Birmingham? Everyone said easy for Arsenal.

“The final is never easy. It’s a very good opportunity for the players, for Arsene and especially for the fans.

“It’s always difficult because you are the favourites. “When you are the challengers, it’s not easy – but it’s more comfortable for the underdogs.”