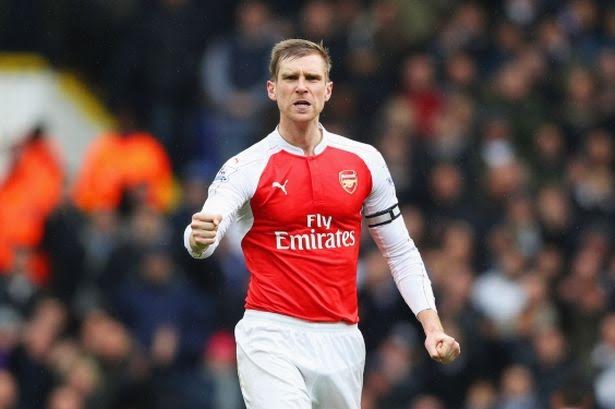 It has been reported by the Daily Star that Arsenal are now favourites to land AS Roma star Kostas Manolas who is being monitored by several Premier League sides including Man. Utd and Chelsea. Seems like Arsenal have been monitoring the Greece international for a while now according to reports and are now ready to make a move for the 29-year old.

Reports also have it that Italian giants AS Roma are ready to listen to offer for their Greek defenders as they’ve placed a price tag of £30m on the Greek. Despite the high price tag, Arsenal are not the only Premier League club interested in the Roma defender.

With Arsenal also rumoured to be interested in highly-rated 24-year old Koulibaly Kalidou of Napoli, it is obvious Arsene Wenger is looking for a long-term replacement for players like Per Mertesacker who is ageing and Gabriel who has been inconsistent.

Manolas was linked with Arsenal in 2014 but due to the Gunners’ inability to reach an agreement with Olympiakos on a transfer fee, the Greek international has however gone on to become a very important player in the Serie A.

He has also been linked with a move to Chelsea but with the Blues not in the Champions League next season, Arsenal have a better chance of getting him ahead of the Blues.