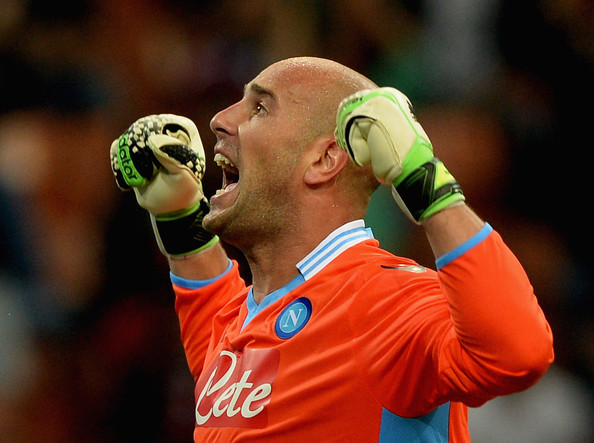 On-loan Liverpool goalkeeper Pepe Reina says that he does not expect to play for Liverpool ever again after he was sent to Italian Serie A side Napoli during the summer transfer window.

The Spanish international is having a great start to the season becoming the first ever keeper to save a Mario Balotelli penalty in the San Siro during Napoli’s 1-2 win over AC Milan.

“No. At the moment it’s difficult to think about being a Liverpool player next year. They have a young goalkeeper in Simon Mignolet and the manager prefers him to me. That’s the reason why I’m here and he will be at the club next year as well.

“There’s no reason to think I’ll be a Liverpool player from now on but we’ll see where the future takes us. It’s been a good move so far and I don’t regret what happened. I would have preferred to say goodbye in a different way.”

Reina is still angry at the way his way move to Napoli came about through saying:

“It did come as a surprise; it was the club [Liverpool] who made the move. I was on my holidays and nobody told me anything. Suddenly Napoli called and said they were agreeing terms with Liverpool and Liverpool just rang me two days later and said the same. They probably had their own reasons.”