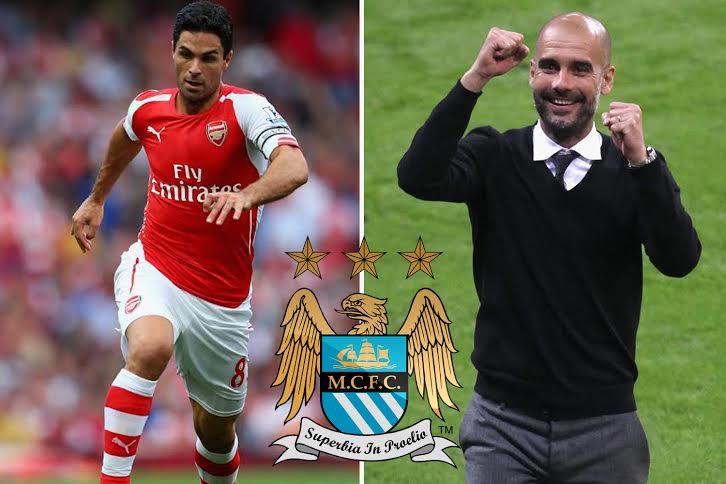 As Arsenal prepares to take on Barcelona at the Emirates tonight in the first-leg of their last-16 Champions League match one Arsenal player will be focusing his attention on a summer move to Manchester.

According to the Times of London, not a newspaper that ever involves itself in senseless football gossip, incoming Manchester City manager Pep Guardiola is hoping to convince Arsenal captain Mikel Arteta to join his coaching staff at the Etihad.

The 33-year-old Arsenal midfielder was set to leave the Emirates this summer, but should he take Guardiola up on his offer it would mean an end to his playing days.

The Times however seem to think the deal will go through saying: Arteta has already committed himself to becoming a coach and the likelihood is that a move into the next phase of his football career will be accelerated by the recurring calf problem that has restricted him to only 45 minutes of first-team football this year.

This is not the first time City have recruited from the Arsenal ranks with Patrick Vieira now in charge of the organizations MLS franchise New York City FC.

We think that unless Arsenal can come up with a counter offer to keep Arteta in North London that a move over to Manchester City could be the start of a very promising coaching career.