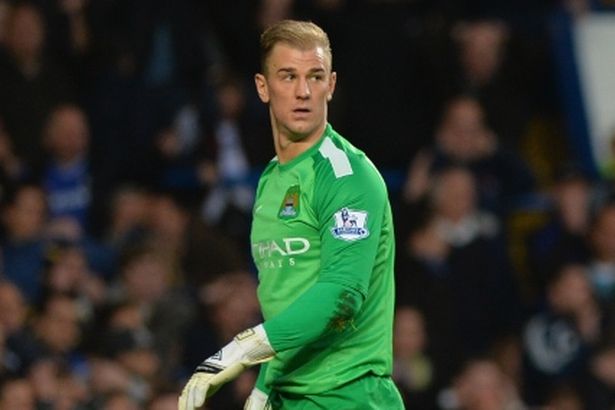 Celtic goalkeeper Fraser Forester are being looked at by Manchester City as the future of current goalkeeper Joe Hart remains in the balance.

City manager Chilean Manuel Pellegrini has been having doubts about current shot stopper  Joe Hart, and was let down by the England international at the weekend when his mistake cost the citizens a point at Chelsea.

Pellegrini already had decided to buy another keeper in January but Harts latest mistake almost makes it a certainty that City will be looking for a less error prone keeper.

Top of Pellegrini’s choices is Celtic keeper Fraser Forster who is under constant scrutiny by City scouts to make sure he is the man the club wants come January.

Manchester City is not the only ones watching the 25-year-old with Barcelona also interested as they look to replace Victor Valdes who is expected to leave Spain in the summer.

Celtic are aware of the interest in Fraser and have said that they will not stand in the way should a big club should come after Fraser with his price tag expected to be around £10 million.