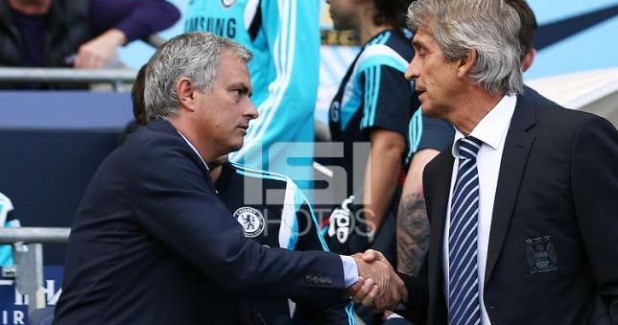 Manchester City’s manager Manuel Pellegrini has taken a slight dig at Chelsea boss Jose Mourinho ahead of this afternoons meeting between the two clubs at the Etihad.

City and Chelsea drew twice last year with the Chilean coach insinuating that his attacking philosophy contradicted Mourinho’s habit of playing a very defensive strategy when up against top teams, while claiming that is was a Premier League managers responsibility to produce teams that played entertaining football.

Pellegrini said: “Maybe against Chelsea we had more options to score. Maybe we play better.

“We know they are a very dangerous team on the counter-attack and they defend with a lot of players in their box.

“Our team will continue playing the way we think is the best way to win – and that is to attack.”