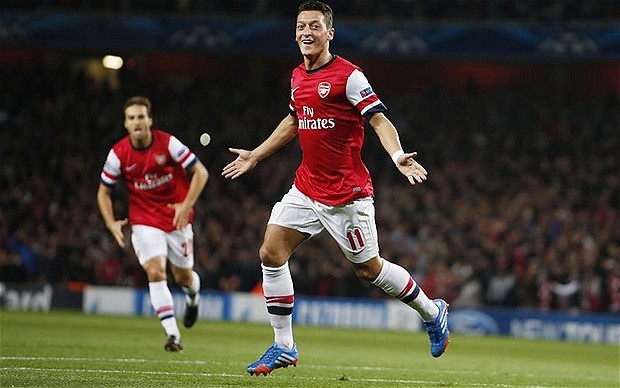 Former Arsenal shot stopper and fellow German Jens Lehmann has no doubts that Mesut Özil will go on to do great things at the Emirates.

The club record signing £42.5 million that saw the German play maker sign for Arsenal on the last day of the transfer window from Real Madrid last summer  did well on his arrival before suffering a run of bad form and confidence after Christmas.

Currently he is out injured with a thigh injury, but on his return Lehmann is certain he will silence his critics telling talkSPORT: “Mesut Özil will be a big success at Arsenal.”

“You have to remember that every player who has come from abroad needs to get used to the rhythm of the Premier League.

“You don’t know how your body is going to react after the winter period – in no other league is it so hard to play throughout the whole season. You get a little break in Spain and Germany.

“It is his first season at Arsenal, but he is a fantastic player.”