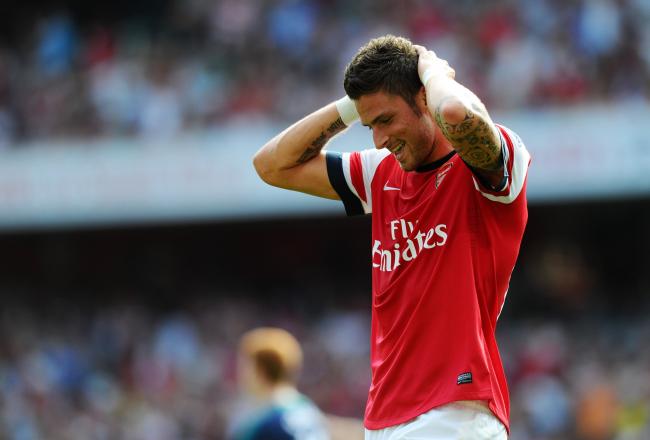 Arsenal teammate Laurent Koscielny has said that lone striker Olivier Giroud is starting to tire after being Arsenals go to striker.

The French striker has carried the burden of being the Gunners only striker after manager Arsene Wenger failed to sign anyone to play up front during the summer relying solely on Giroud who has netted the ball eight times.

Speaking to the British tabloid newspaper the Sun Koscielny said: “It’s true that he’s not scoring but he is setting them up, like he did against Dortmund.

“But he’s also playing game after game and hasn’t had a rest, so maybe he’s feeling a bit of fatigue.

“He’s very important for us – strong and always answers the call on the pitch.

“If you look at the games, he weighs enormously on the opposition’s defence. All the balls he wins are in the air with his back to goal. He works very hard up front.”

Despite the loss to Manchester United on Sunday the French defender is optimistic about the future adding: “We are still confident. The lessons to learn are that we were too shy in the first half and we weren’t able to play our game.

“The second half was better, even if Manchester United let us have the ball.

“But we’d played a lot of games so maybe we dropped off a bit physically. Now we have 10 days off and we will have to get the fire going again at home to Southampton.”