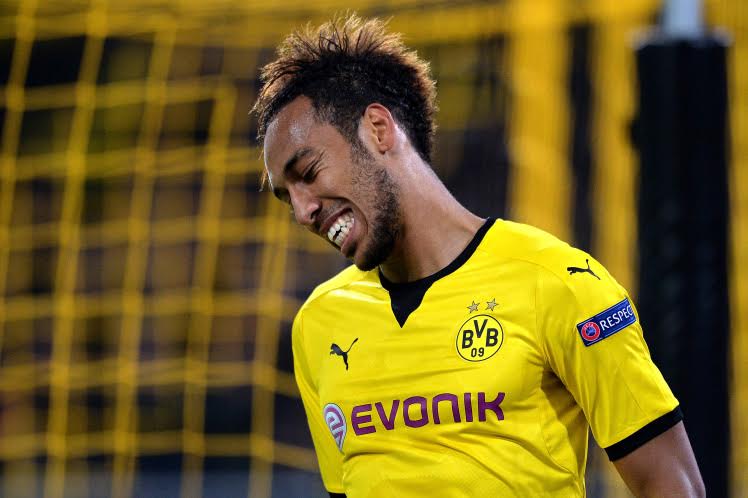 The odds on Arsenal signing Borussia Dortmund striker Pierre-Emerick Aubameyang this month have been cut by leading bookmakers Ladbrokes from 10/1 down to 6/1 as a deal appears more likely to happen.

Liverpool were also being linked with a move for manager Jürgen Klopp’s former player, but Alex Donohue of Ladbrokes suggests they could miss out, saying: ‘Arsenal are shortening to land Aubameyang despite Wenger suggesting there were no more deals to be done.

‘Liverpool are in greater need of the player but the betting suggests they will miss out this time.’

Meanwhile the 26-year-old Gabonese international is doing all he can to stifle any talk of a possible move to the Emirates, by telling the press following him being names African Footballer of the Year last night: ‘I don’t want to go to Arsenal. I won’t leave Dortmund soon.’

According to the Bookies this is just a smoke screen to hide the fact that a deal was already in the works, and to make it look like he did not want to leave Dortmund as a way of appeasing the fans.