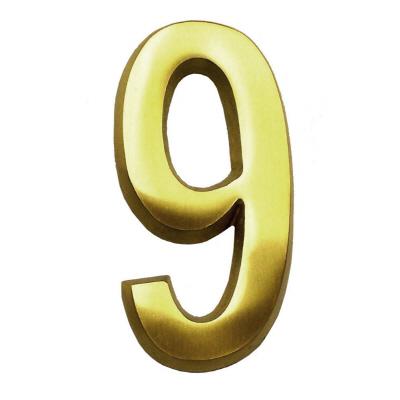 There are two ways of defining the number 9 player. First of all, there’s the obvious definition – they wear the number 9 shirt. The second definition is the striker who the team hoofs the ball towards before giving the ball to the more technically gifted number 10 striker. The turn of the century has seen the recent decline in faith towards this type of player. For example, players such as Matt Le Tissier, Andy Cole and Eric Cantona have played that number 9 position, but nowadays, this type of player is rarely seen.

Perhaps this is because of the emergence of the more favorable formation – the 4-5-1 which can occur as a 4-2-3-1. Teams like Barcelona, Arsenal and Manchester City have used it in order to dominate the midfield, leaving the striker isolated up front. Those three teams play counter attacking football and leave a more gifted player up front to lead this counter attack such as Lionel Messi, Sergio Aguero or Robin Van Persie. The latter, however, does have signs of the number 9 striker. He tends to hold up the play and wait for his team mates to arrive while Messi and Aguero tend to turn and run at defenders. However, what makes Van Persie more like a number 10 striker is the way he drops deep to get the ball, before spreading the play out wide. In an interview with Arsenal Player, the Dutchman said “I used to be a number 10 striker or a right-winger before an international game for Holland against Bulgaria where I was asked to play up front. It was weird and when I returned to Arsenal, Adebayor left to Manchester City and I played there.” Although Van Persie has signs of being a number 9 player, his previous experiences of playing behind the striker tends to make him more flexible.

Perhaps another reason why the number 9 striker role has faded is because of the distribution of the number 9 shirt. Only 14 out of the twenty teams in the Premier League have a player wearing the number 9 and only three of them (Darren Bent, Grant Holt and Franco Di Santo) are the highest scoring strikers for their team. This means the success of the target man is fading. Nicolas Anelka for Arsenal, Alan Shearer for Blackburn and Newcastle and Les Ferdinand for Tottenham and Newcastle tore up the 1990s and early 2000s wearing the number 9 shirt but in the modern day era, Fernando Torres and Andy Carroll have 3 Premier League goals this season and only two number 9 players have 10 or more goals this season, (Bent, 10 and Holt, 14). Looking at the other number 9 players (Park for Arsenal, Tuncay for Bolton, both Campbells for Sunderland and QPR), Bent and Holt are the only hope for the proper number 9 position in the Premier League.

Despite this, players do not need the number 9 on the back of their shirt. Kevin Davies (14), Yakubu (24), Zamora (52) and Crouch (25) all play significant target man roles for their clubs. But can one compare these players to Ferdinand, Shearer, Cole and Cantona? I think not.

The footballing world now sees players like Messi, Higuain, Aguero, Suarez and Hernandez leading the line for their teams. Can anyone see any number 9 abilities apart from the possibility of putting the ball in the back of the net for their team? The number 10 strikers are replacing the number 9 strikers and number 10 players now consist of players like Cesc Fabregas, Jack Wilshere, David Silva, Mesut Ozil and Steven Gerrard. Players seem to be moving up positions each decade. Perhaps it won’t be long until we see players like Mikel Arteta and Charlie Adam playing up front.