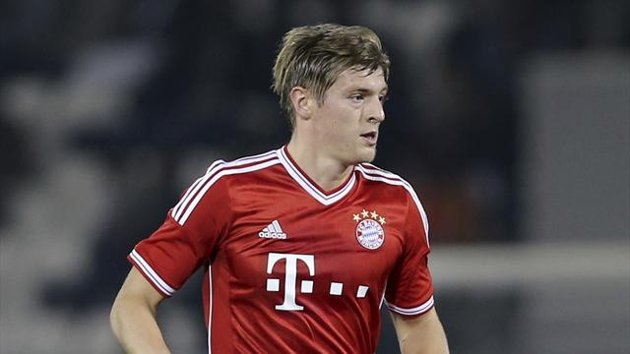 The 24-year-old has been heavily linked with a move to Manchester United in the summer with only one year remaining on his contract with the Bundesliga giants.

Manchester United will once again have the chance to see just how good Kroos is when they play Bayern Munich on Tuesday night at Old Trafford in the first leg of their Champions League quarter-final tie due to the injured Thiago Alcantara being side-lined.

“Toni Kroos is sure to play in a Bayern Munich shirt next year as well,” Rummenigge Sky Sports  before flying to Manchester on Monday morning.

Manager Pep Guardiola also confirmed this, but did not promise he would still be there when his contract expires.

“Toni has one year more of a contract and Toni will remain,” Guardiola said.

“I hope he can extend his contract and stay with us because he is a very good guy, he loves his game, it is not just a job for him and I would like him to stay.

“I spoke with the player, with the club, I gave my opinion. After that I am not manager, I am just the trainer.”