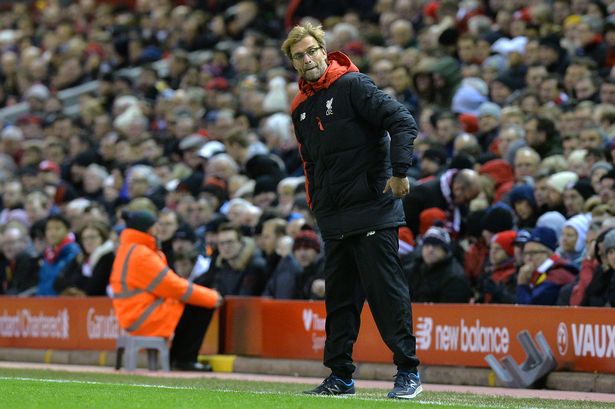 Liverpool manager Jürgen Klopp admits he has no time to celebrate as Liverpool close in on the top four following the Reds 1-0 win over Swansea City at Anfield Sunday afternoon.

Klopps reinvigorated team made it six wins out of seven yesterday thanks to James Milner’s penalty to put the club in sixth place, just four points shy of the Champions League qualifying berths.

The Reds now however fact two long treks to either end of the country, first taking on Southampton in the Capital One Cup before travelling up to Tyneside for their Premier League clash with a Newcastle United team possibly managed by former Reds manager Brendan Rodgers.

When asked if he feels the club now has momentum behind them Klopp said: “Maybe I should but I don’t. We play again on Wednesday, that’s the problem.

“I’d like to feel better and say ‘come on, let’s have three days off celebrating’ and things like this, but we don’t have time for it.

“We have to analyse our game and try to find out what we can use for Southampton and what we should change.

“Then we fly back from Southampton and fly to Newcastle – we are on the road next week.

“It’s really difficult. But we feel good, of course. The boys feel good.