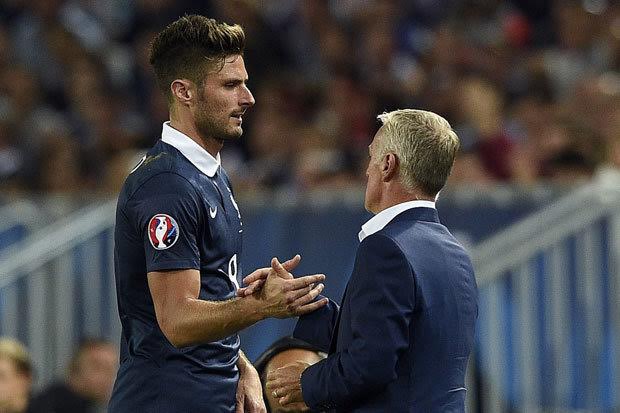 Adding to the pressure he was already feeling at the Emirates, Arsenal striker Olivier Giroud was booed off the pitch last night in Bordeaux after being substituted during an international friendly with Serbia in which he missed several good chances to score.

The Gunners star started for France, but was withdrawn by trainer Didier Deschamps on the hour mark much to the delight of the French fans.

Following Arsene Wenger’s lack of transfer dealing during the summer the pressure is firmly on the shoulders of the 28-year-old to deliver the goods.

So far this season he has only scored once in five games, and now appears to be out of favour with French supporters ahead of next summer’s European Championships which will be hosted by France.

Despite Giroud’s lack of goals France still managed to secure a 2-1 win thanks to a brace from Paris St-Germain star Blaise Matuidi.